With summer on it’s way, we’re throwing more dinner parties with the longer nights. So it’s probably a good idea to have a dessert under that beautiful belt that’s easy to scale and can be thrown together in no time. Bonus points for being able to switch it up with different toppings (think ice cream jello adjacent)! We’re going the fruit route today, because we’re at the crossroads of perfect produce in the grocery stores so we’re taking advantage of that. But you could totally go a chocolate or caramel route as well. Really, this is sort of a “make now ask questions about toppings later” situation. 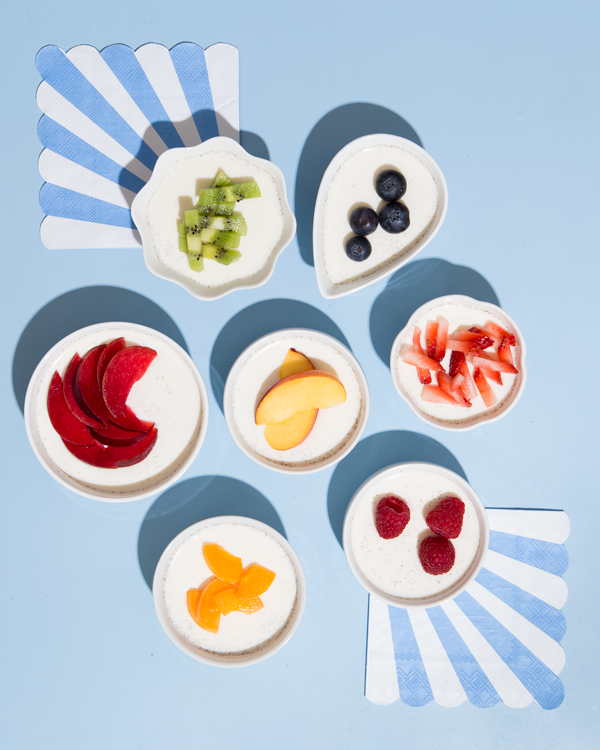 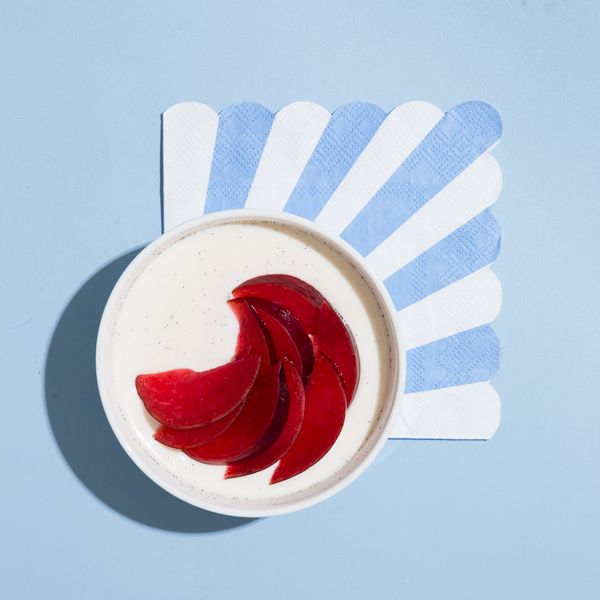 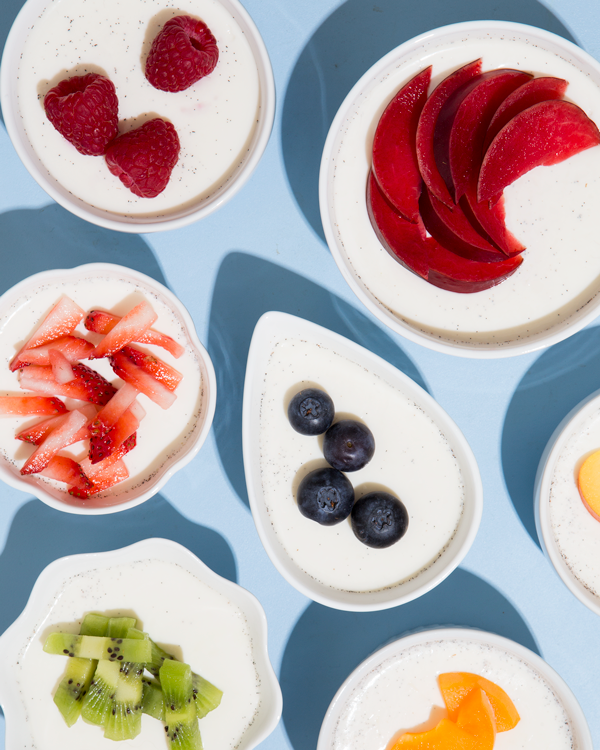 3 cups half n half
1 tablespoon gelatin (1 .25oz packet if you’re going that route)
6 tablespoons sugar
3/4 teaspoon vanilla bean paste
*So the way this all works is in parts. Basically, if you want to scale up (or down if there’s just a few of you), remember that for every cup of half n half you need 1 teaspoon of gelatin, 2 tablespoons of sugar, and 1/4 teaspoon vanilla bean paste.
To make the panna cotta, pour half of the half n half into a medium sized saucepan and sprinkle the gelatin over the top. Let it soften for about 5 minutes then turn the heat on to a medium flame and add the sugar. Stir almost constantly until the milk is very hot (but not boiling or even simmering) and the gelatin is dissolved. You should be able to see on the surface if the gelatin hasn’t dissolved.
Once it’s dissolved turn off the heat and add the remaining half n half and the vanilla bean paste. Stir to combine. It should be cool enough for you to rub a little bit of it between your fingers to feel for any undissolved gelatin, just to be sure. If you find that there is any undissolved gelatin turn the heat back on and warm up the mixture again, but this shouldn’t be a problem.
Pour the panna cotta into your dishes of choice. I used a mixture of ramekins and smaller dishes for this post but you could even use smaller drinking glasses if you wanted to. Transfer the dishes to the fridge and chill until the panna cotta sets, about 4 hours. When it’s set, top with any mixture of fruit that you want or drizzle with caramel or chocolate. 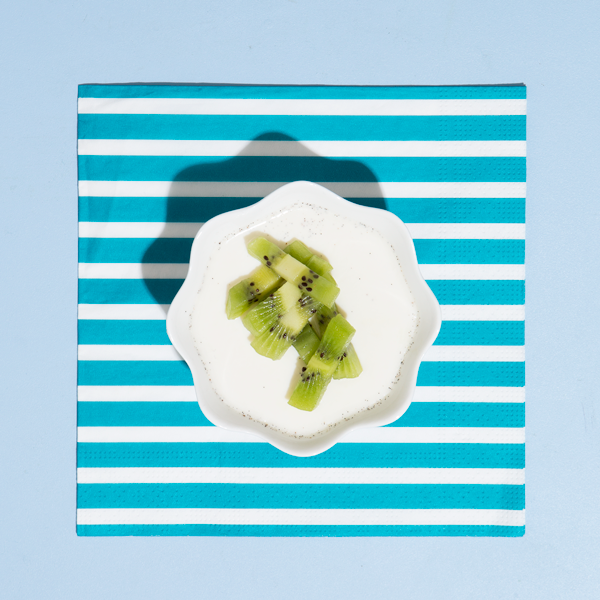 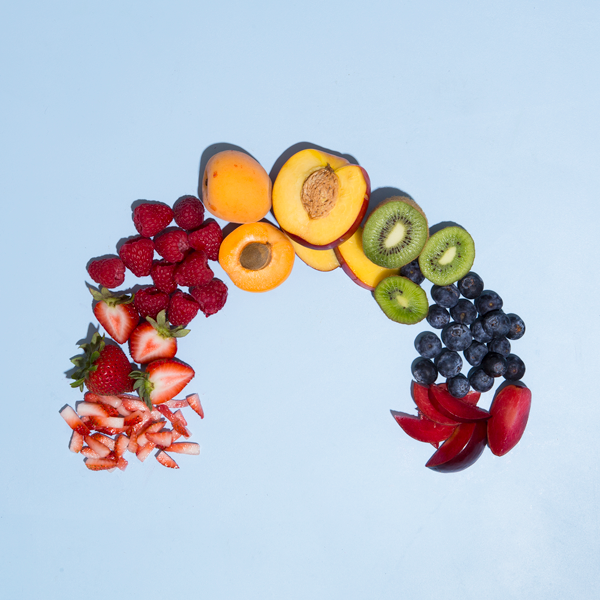 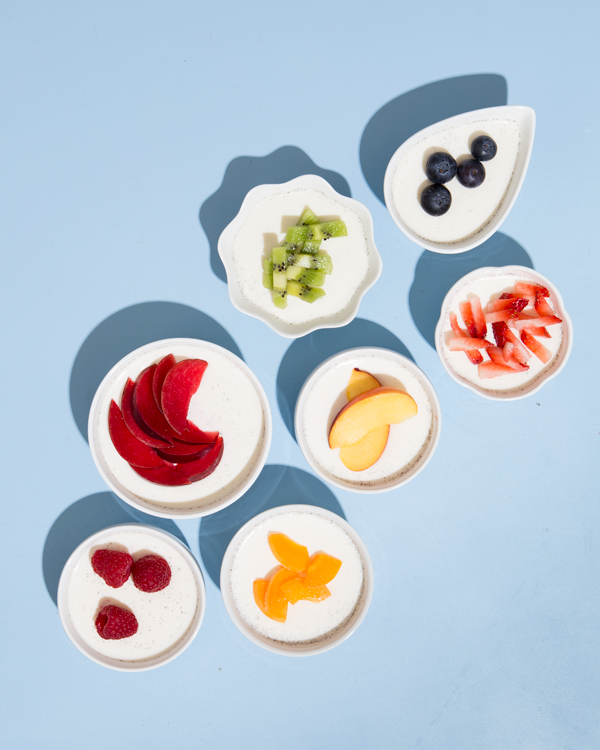