To be honest, Easter was never a favorite holiday of mine. At least until I realized just how ridiculously CUTE bunnies are. Once I joined the ‘I Heart Bunnies’ fan club, it soon became apparent to me the what I needed most in my life was a GIANT ORIGAMI BUNNY. And maybe not just one but perhaps a whole freakin’ army of them! 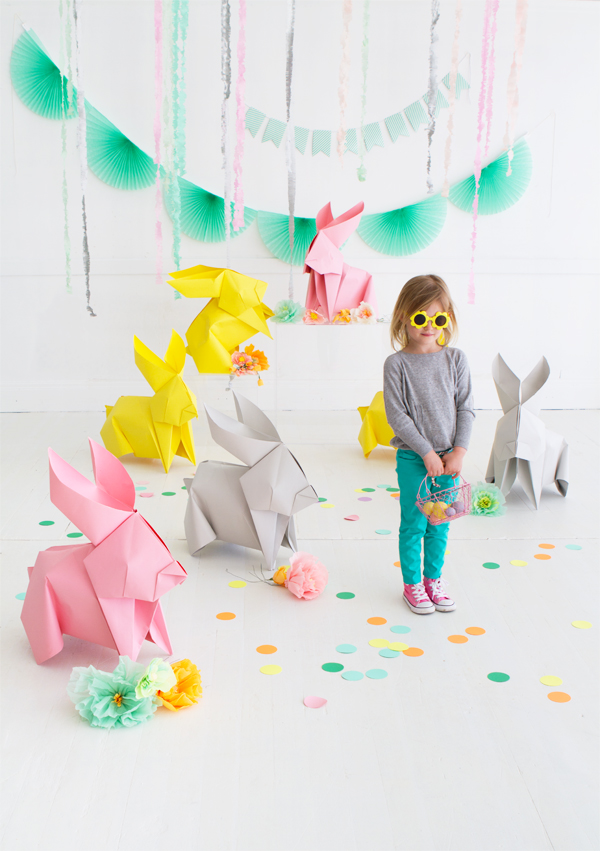 Yes, origami on a large scale is not exactly easy-as-pie, but the results are sooooo worth it. I mean, GIANT BUNNIES!! Wouldn’t they be a beautiful feature at a kid’s Easter egg hunt? 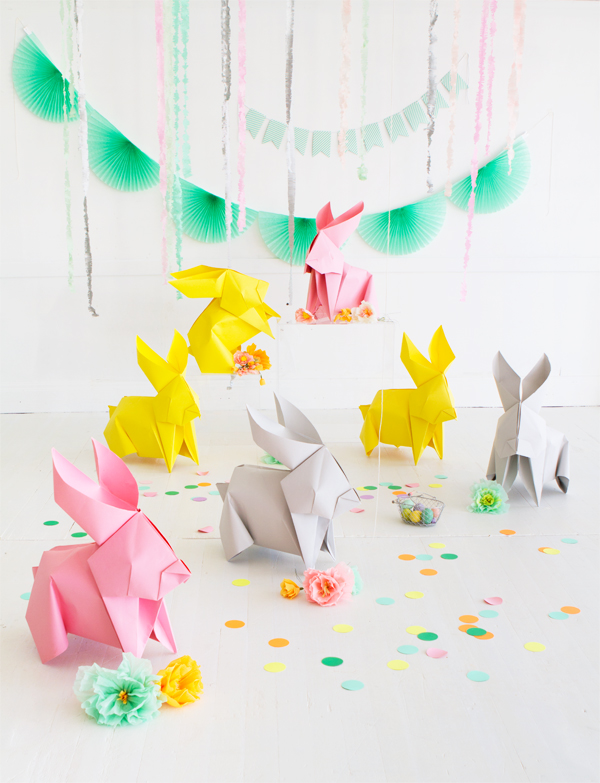 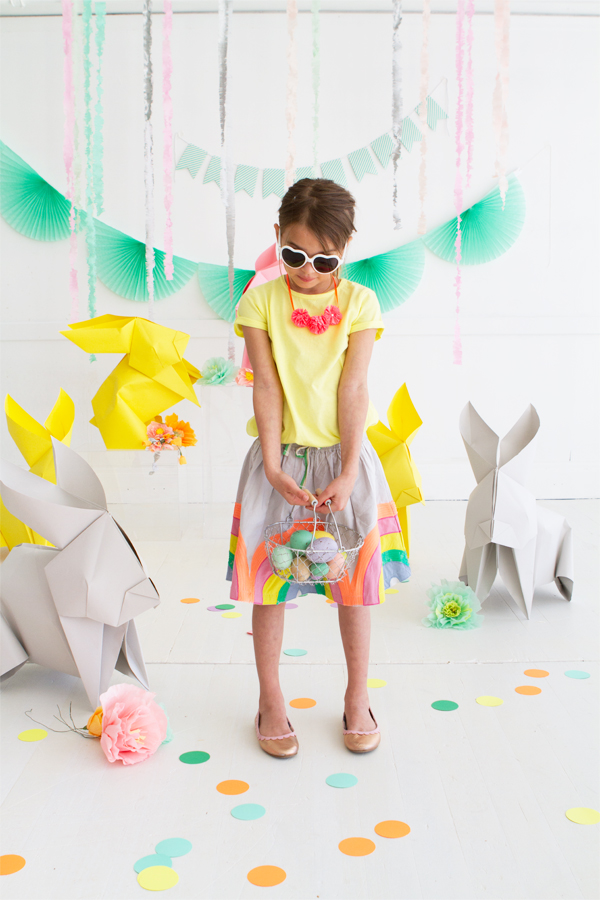 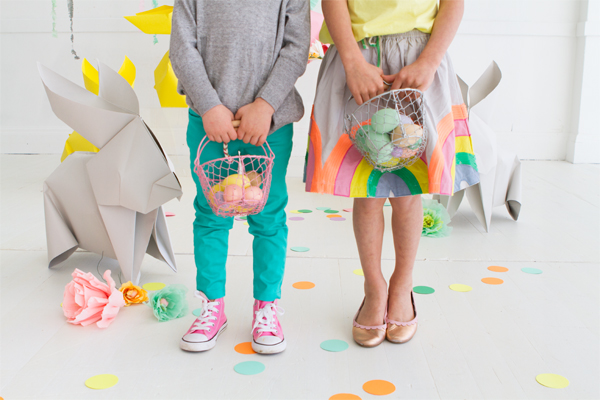 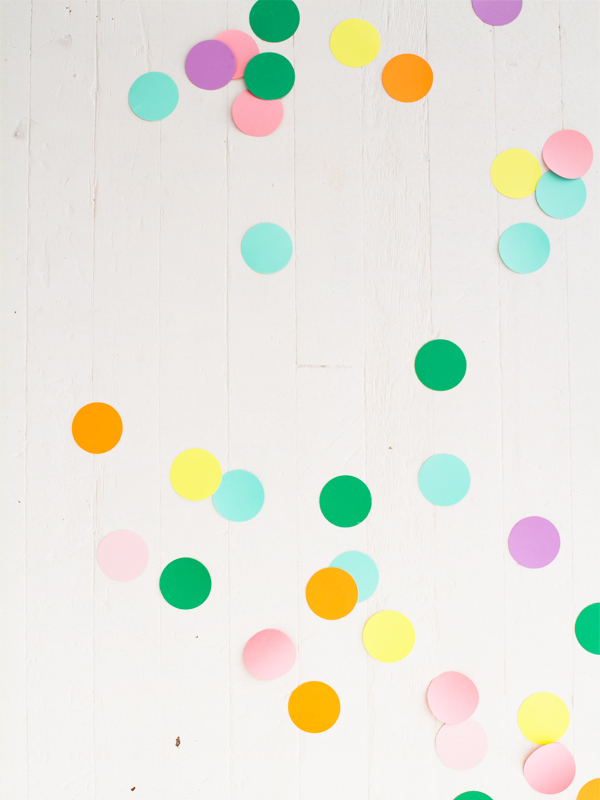 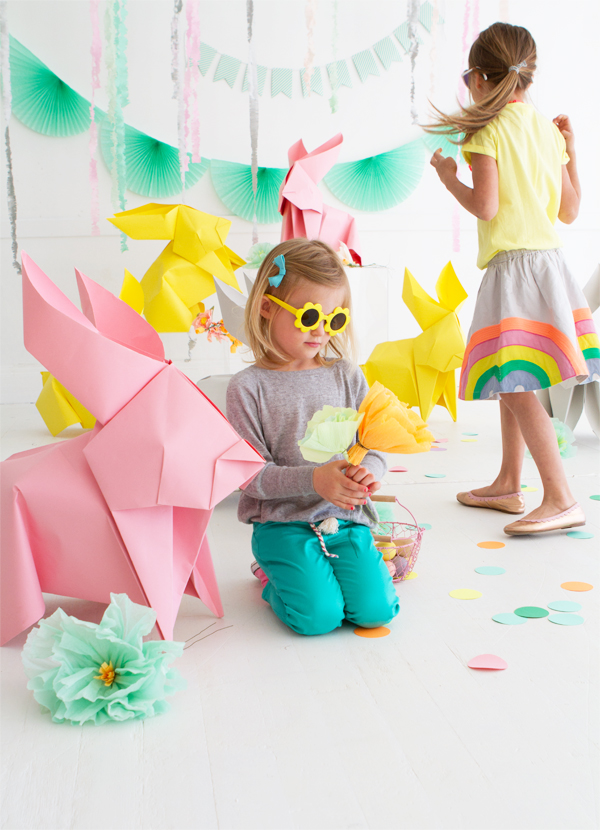 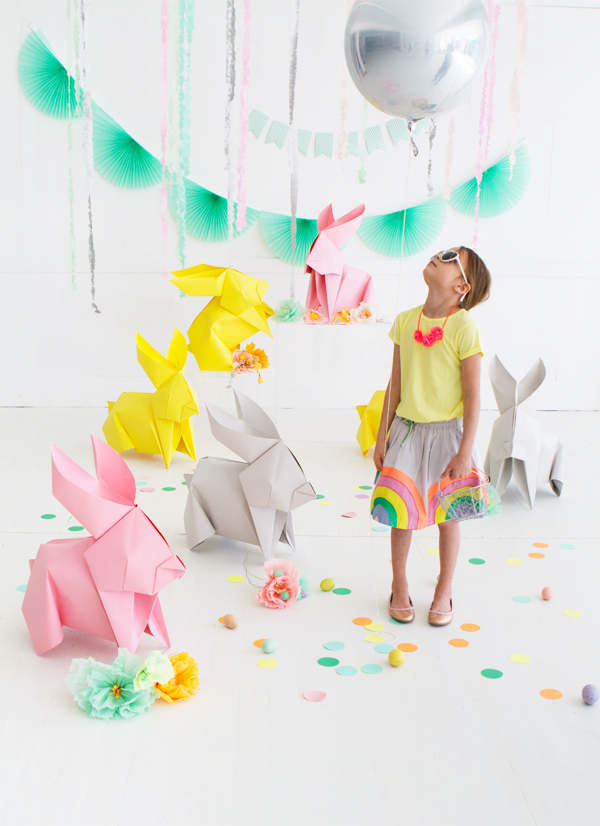 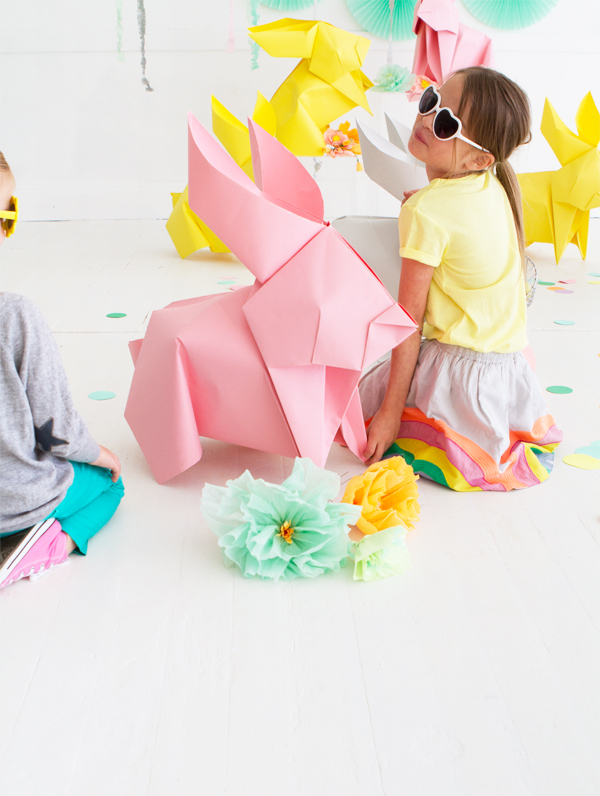 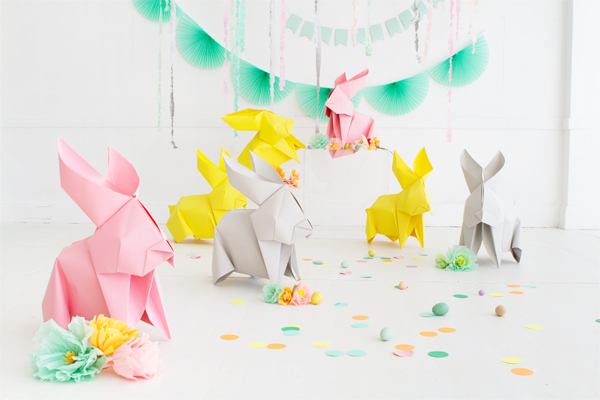 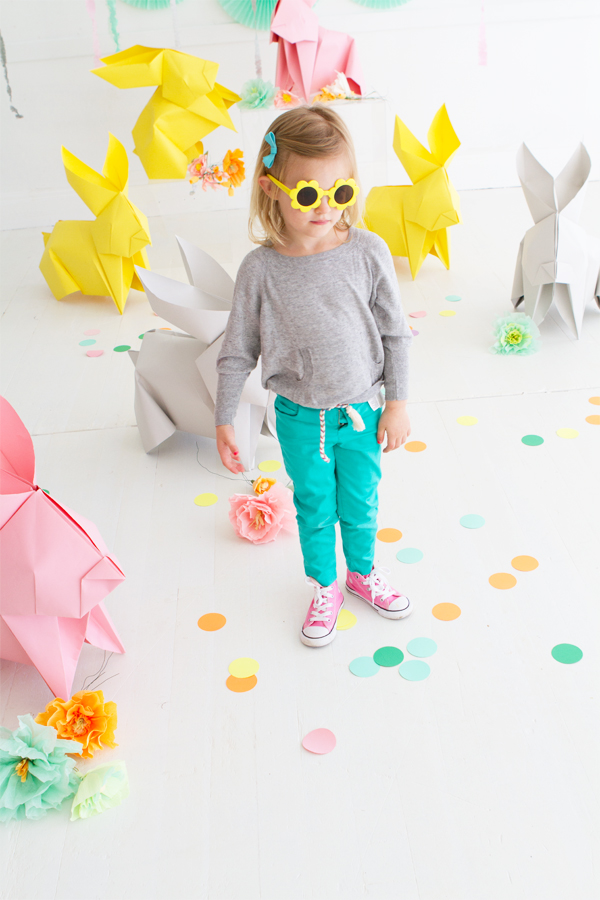 *This project uses Tetsuya Gotani’s design. Before starting, it may be helpful to review the original instructions here.

Using the 53” wide paper backdrop will get you a two foot bunny. Amazon sell these rolls in smaller and larger measurements, too.

We’ve had some feedback that Step 13 was a little hard to follow so we made a quick video of this step (using a smaller origami bunny) to hopefully make it clearer!