Valentine Party In A Box

This is a Valentine variation on a very old project from almost six years ago. (It’s so funny to read the unpolished posts from back then–I miss the good ol’ days of blogging.) For Valentines we filled a big box with heart balloons (tape the string to the bottom of the box!) Then place on a doorstep and doorbell ditch! I’ve done it for a couple friends and it really is an easy and fun project that produces a big effect! 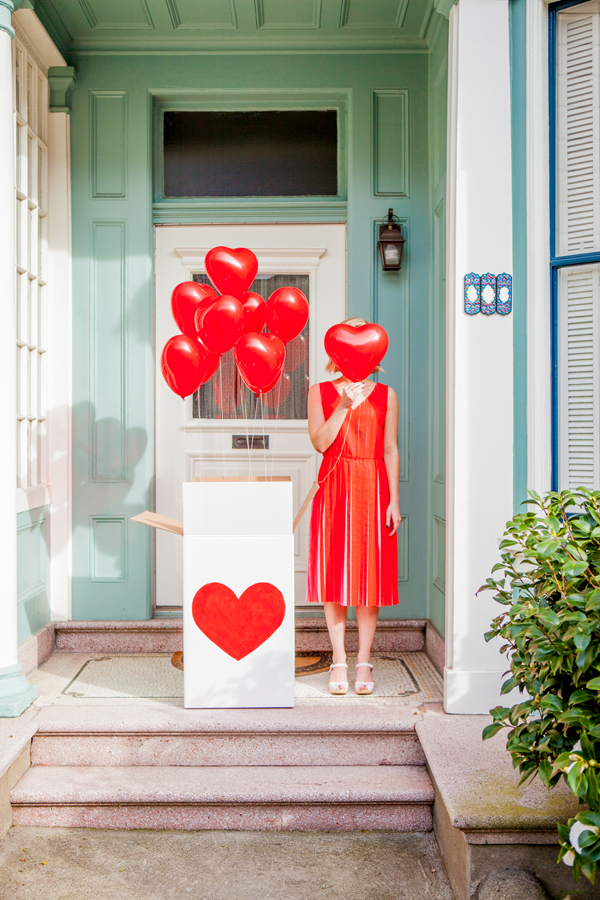 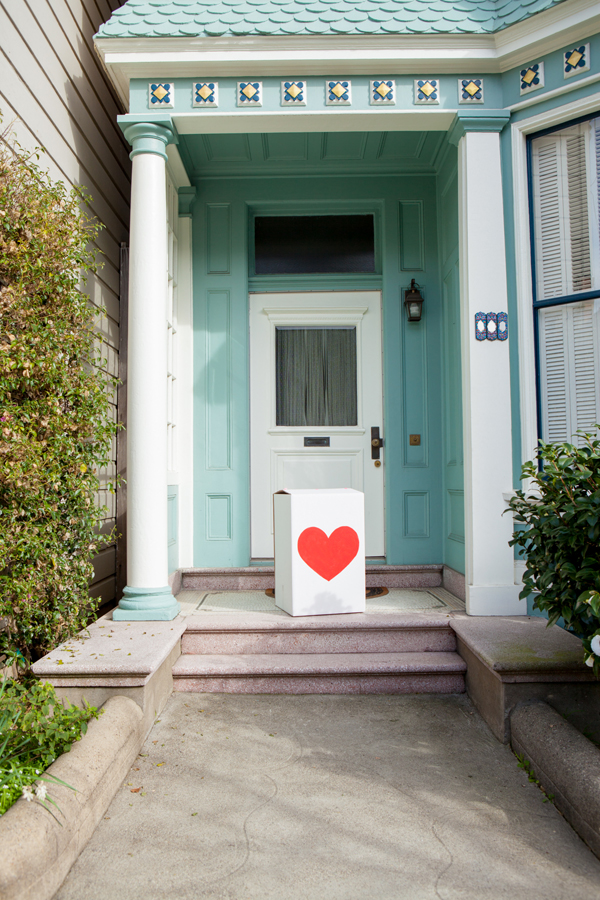 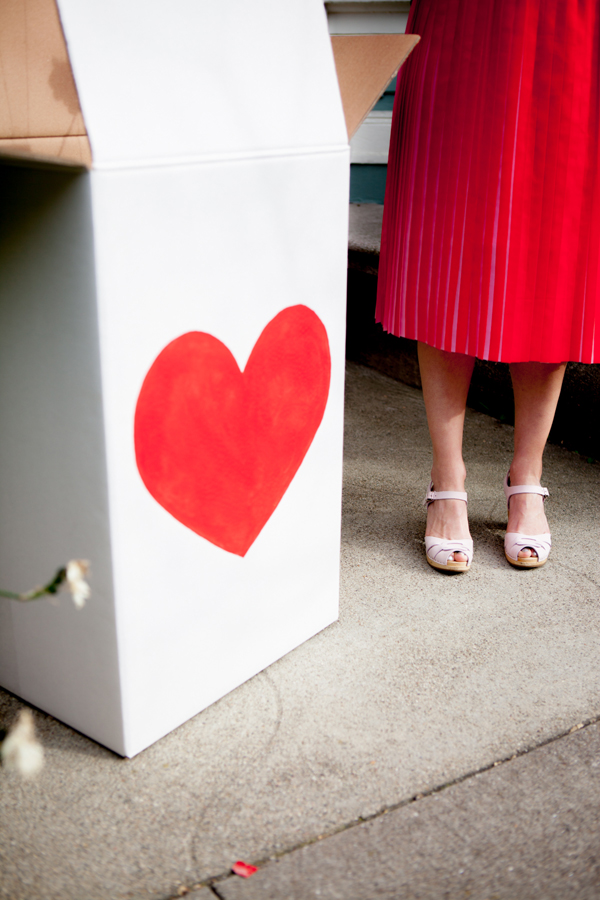 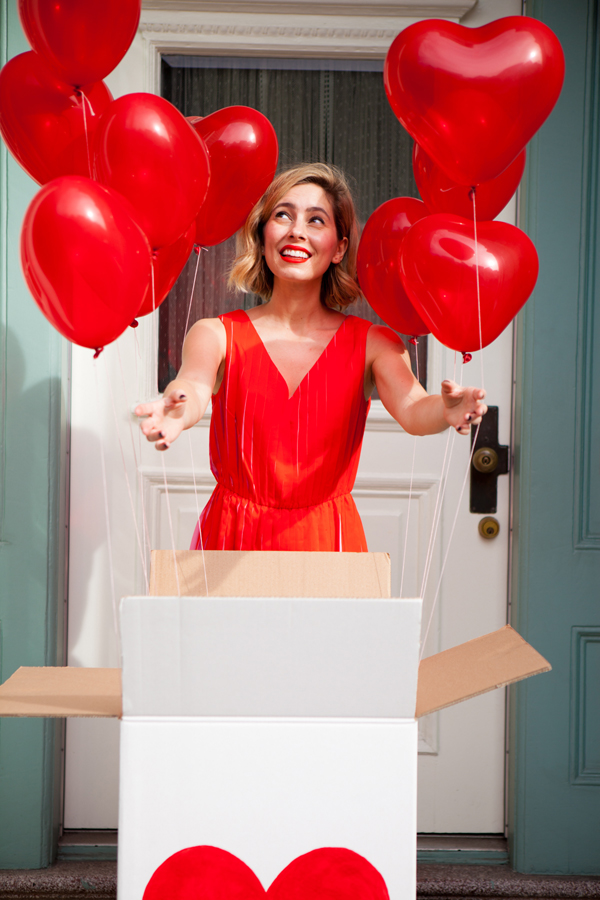 Step 1: Seal the bottom of your box with clear tape.
Step 2: Paint a large red heart on the front and back of the box. (We traced ours out with pencil first so we could get the shape right.)
Step 3: Blow up your balloons with helium and attach string. We filled ours with a little less helium so we could fit more into the box. (We were able to fit 10 balloons into the box.) You don’t want to smash too many in, or they won’t pop out when the box is opened.
Step 4: Begin taping the strings to the bottom of the box. We started in the middle and worked outward. We made sure the middle balloons were a little higher than the balloons on the sides. We also discovered that we need to add as much space between the balloons as possible (otherwise they get tangled and stuck.)
Step 5: Push the balloons into the box. This is a 2-person job. We found that it was easiest to push the shorter balloons down first followed by the taller, middle balloons.
Step 6: Close the top of the box. You can seal with ribbon, tape or nothing at all (as long as the box top is sturdy).
Step 7: Leave on your friend’s doorstep and doorbell ditch! 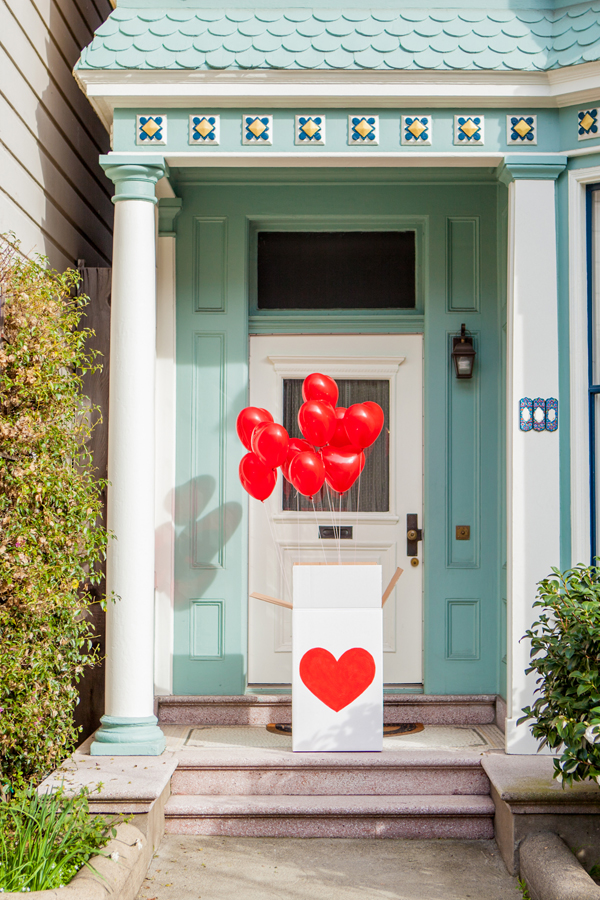