This post is brought to you by Hope Springs starring Meryl Streep, Tommy Lee Jones and Steve Carell. Watch the trailer here. In theaters August 8.

Ever since I posted about this anniversary party last year I’ve been thinking about doing one. I don’t want it to have a “renew our vows” vibe, I don’t want it to feel like a wedding at all. I just want a really special and pretty party and I want a cool dress. Our own wedding was a stressful and not awesome day, so I kind of want a re-do. I like that it is like planning a wedding but without all the pressure and expectations. For ours I think I would do an outdoor dinner party in San Francisco. I would serve as many courses as years we’ve been married and each course would represent something about that year (ie: the sixth course would be French food!) We’d have to make up some stuff because we definitely had an occasional boring year in there. For entertainment I would have a friend’s band play and then maybe Paul and I could make each other short little 5 minute movies. We are both not very good at speeches so I like that we could make something creative to express ourselves without having to talk much. For decorations I would keep it simple but I would have flower crowns for all the women. I would probably keep the silly and fun stuff to a minimum (no photobooths or circus themes this time.) The one allowance of whimsy though is I would give Paul one of these vintage Fiat 500’s as a present and then we could drive off into the sunset together.

Would you ever have an anniversary party? What would yours be like? 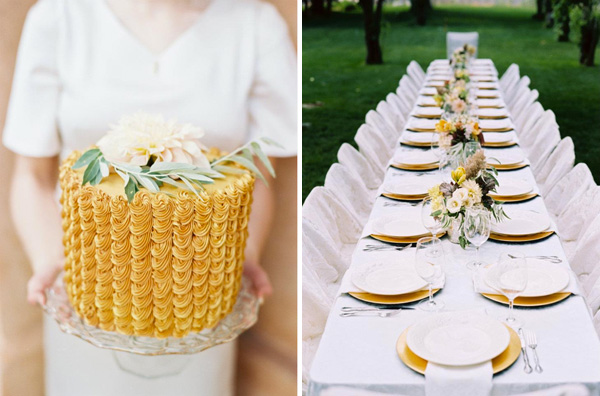