When a friend of mine was planning a red themed birthday party for her little confetti loving 6 year old girl, I practically begged to help her. I was on a mission to find red paper confetti (without having to cut the confetti myself) and failed! Since all the stores I visited sold white paper confetti, I was going to try and dye the white confetti with watercolor paint. It turns out to be super easy and crazy cute! We filled jars with the confetti as party favors and the girls loved it! 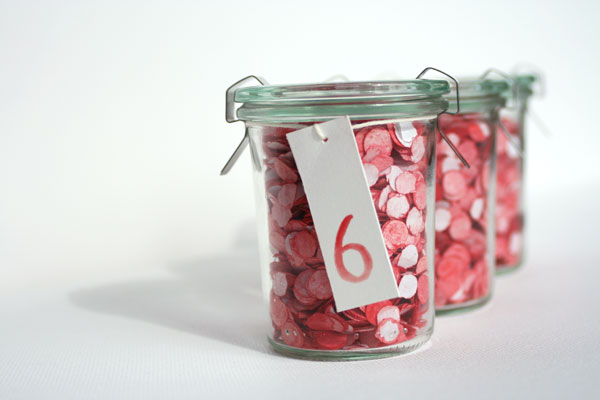 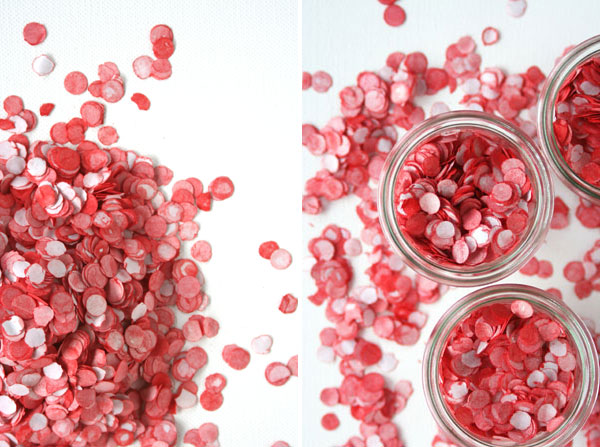 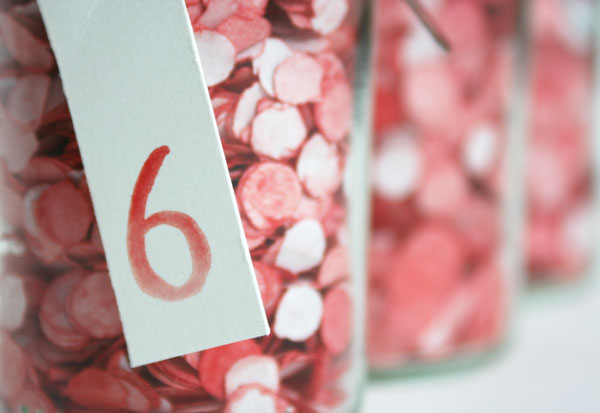 Materials needed: an old jar for mixing, pretty jars for packaging the favors, white paper confetti, water and watercolor paint in a tube.

Step One: Squeeze out some paint into the jar.
Step Two: Add water and shake the mix until the paint is fully dissolved in the water. 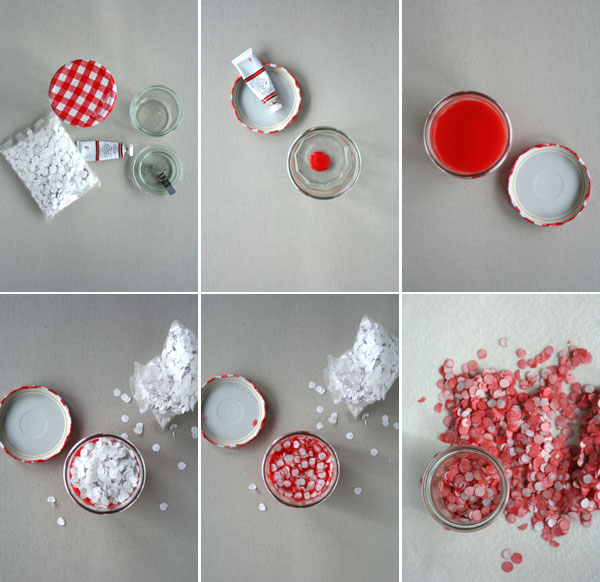 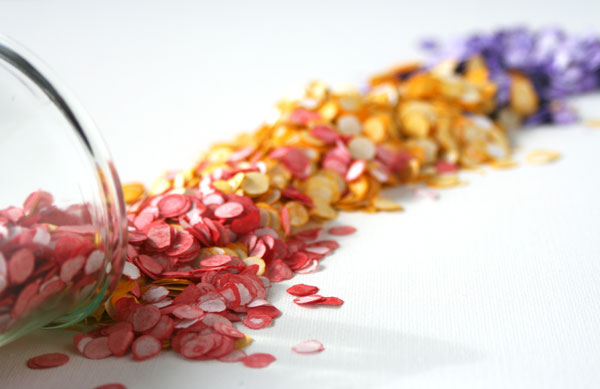 When I realized how easy this was I couldn’t resist making more for myself in other colors. Aren’t the different color tones of the confetti pretty?